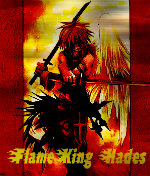 Where everything is done with dueling . Where the best of the best come.Home to the ChampRiley O'Malley . This is the place to make a name for Self in the Pro Dueling league. But dont go at a night time alone Evil is around every corner . The new face of Evil is the half mask wearing King of darkness and his team of dueling assassins. They call them Self "Nexus" .With each soul they get the more powerful they become. Well u be able to Stop Nexus and Become the new hero of the City and maybe even the champion.

hey guys here are the rule we well be going by for this rp here. IF a mod tell u to change some thing cuz they time u are following the rules u well be "BAN FROM THE RP" and only the rp not the academy. o and u well be ban for one season of the rp or if the mods vote to let u back in

All characters (and rpers) will follow these rules for the rp held in this section.
Limitation of Powers.

All characters are human. No characters can have psychic powers, enhanced abilities of any kind, or other qualities that may give them an edge in the rp. Humans aren't invincible; if you run at a bullet, you will be shot, you will take time to recover. You can't take bullets and instantly heal them, you can't dodge bullets like a ninja.
Simply because an event is occurring does not mean you may dodge around and act like a ninja or football star. Do not overdo the rp. Not only is it retarded, it means you are causing things to happen that the rp mods don't approve of.
Your character cannot be in two places at once or instantly travel from one location to another. DO NOT DO THIS. Trolling every action of every character and event is unacceptable.

Although you are allowed to rp as you please you should follow the story. Do not simply blow off every event in the rp. If you want to rp then rp.
You may not describe another character's appearance, clothes, or reactions in your posts. It is not your character. You have no right to rp them.
Do not undermine the rp mods. If it is posted that a room is locked. It is locked. Do not crawl through vents, break through the walls or pick the lock. If you wish to attempt some such act then you may ask the rp mods if you may do so. If they tell you that there is no way out then accept that. Do not pester the rp mods.
Incredibly short posts are not acceptable and are subject to deletion. You need at the very least one paragraph in your posts.
Although you are required to post at least one paragraph that does not mean you should start describing everything around you. There is no need to pointlessly describe objects that you don't intend to interact with. Please don't do this.
This rp is separate from the old rp. Stop needlessly referring back to the old rp. This is especially bad since it goes on for several posts meaninglessly.
Do not post several times at once or answer people that are not speaking to you. This causes problems with others who wish to enjoy the rp as well. It causes characters to look slow or steals the responses meant to come from others.
There is no main character. Stop attempting to become one by being everywhere at once, stealing responses, and posting behind other characters to draw attention to yourself.


Each person gets 3 Champ Card With this is proof u are in the City tournament .When u lose all 3 u are out but u dont have to stop rping. U can bet as many as u want at anytime . u need 6 to go to the final but when u get 6 that does not mean u have to stop dueling in Champion City u duel Tell the end .Meaning u keep dueling and betting tell the finals starts. May the best win and have fun